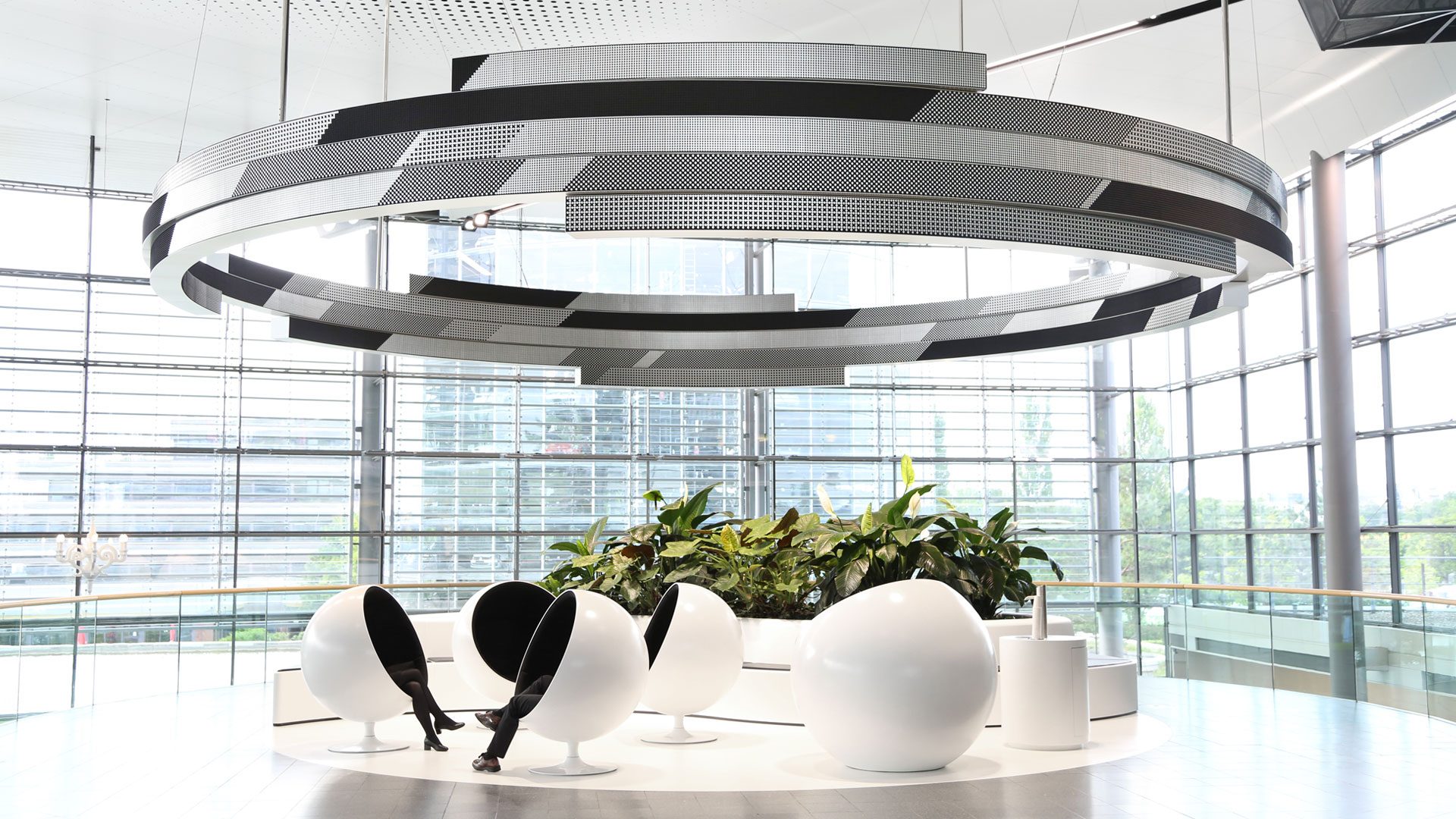 With almost 180.000 mechanical platelets, so-called flip dots, which rotate by an electromagnetic pulse, ORBITAL is the largest flip dot installation in the world. The kinetic sculpture was designed and developed by WHITEvoid specifically for the customer center of Volkswagens Autostadt (car city) in Wolfsburg, Germany.

Originally used for airports and railway stations, the analog flip dot technology is reminiscent of the early seventies, a time when traveling was still an adventure. The ORBITAL installation provides a similar experience, being sculpture, information carrier and media artwork at the same time. The visitors receive pick up information for their new car and simultaneously follow the play of the animated tiles to pass the waiting time. Ornaments and structures move in sync to disintegrate shortly thereafter. The resulting mechanical clicking acts as an almost symphonic sound bed and announces content updates to the display.

All this is made possible by advanced computerized control technology, which is located inside the rings. With a diameter of 9 meters ORBITAL is also the world’s first double-sided curved flip dot board. Even if a single flip dot weighs considerably less than one gram, the whole installation has a total weight of 3 tons. 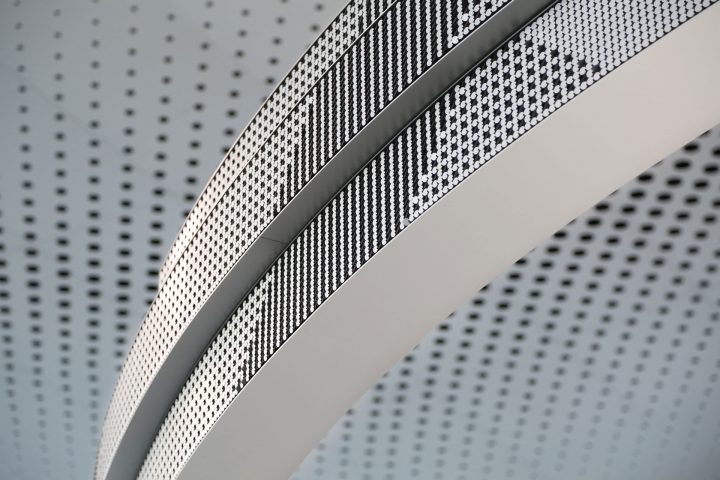 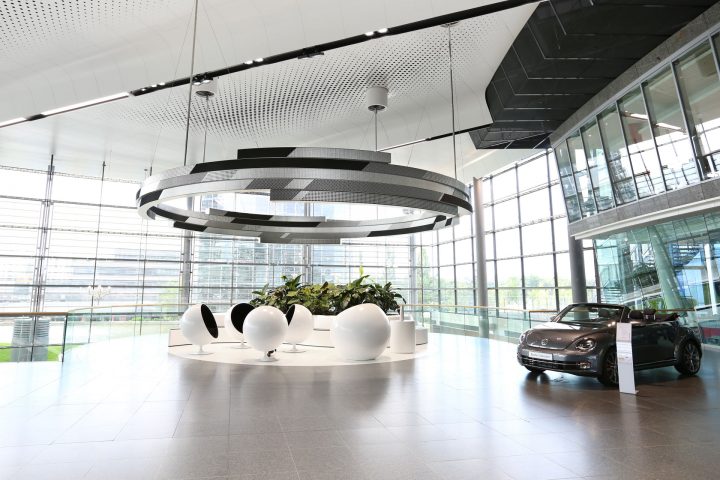 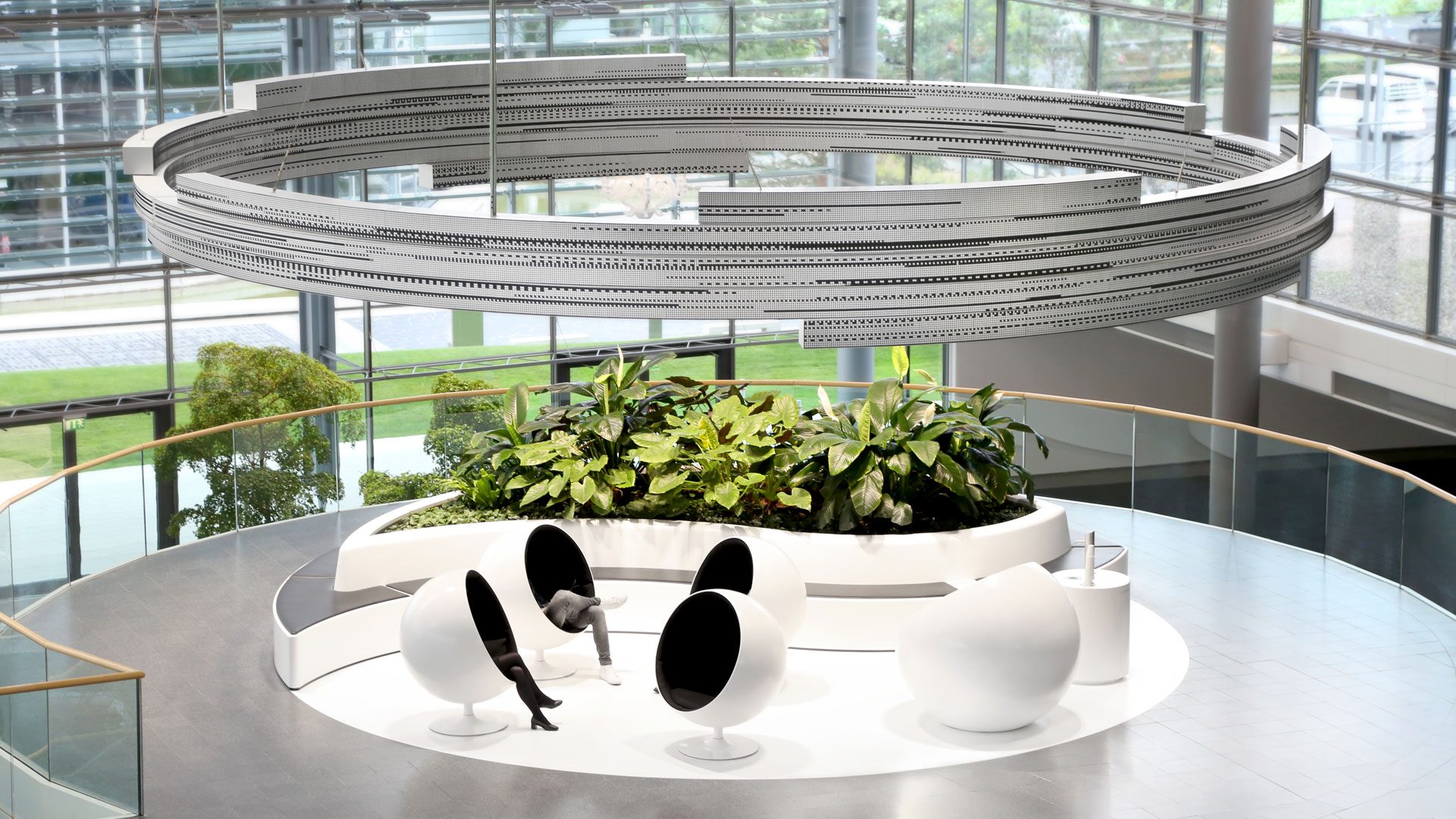 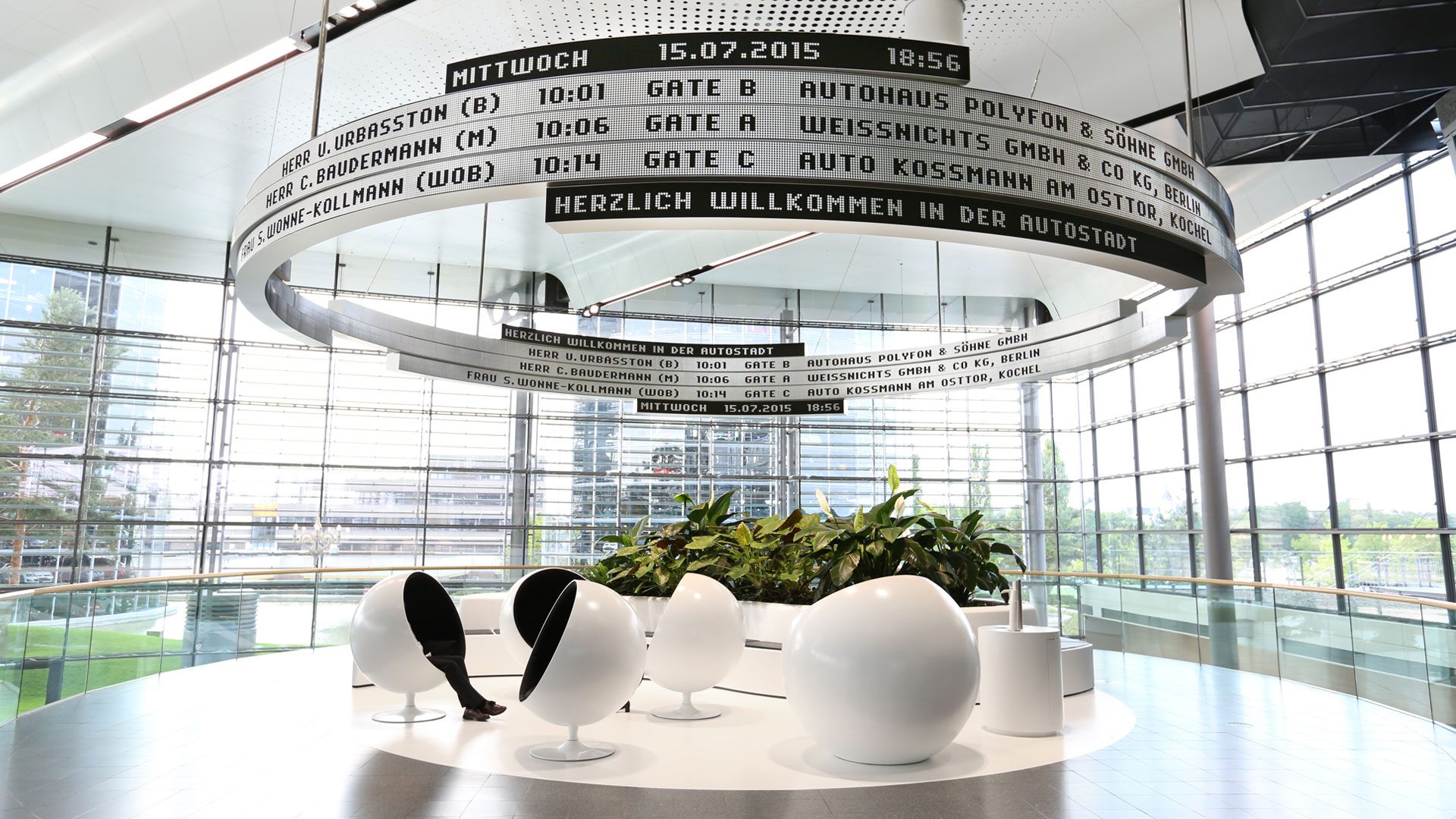 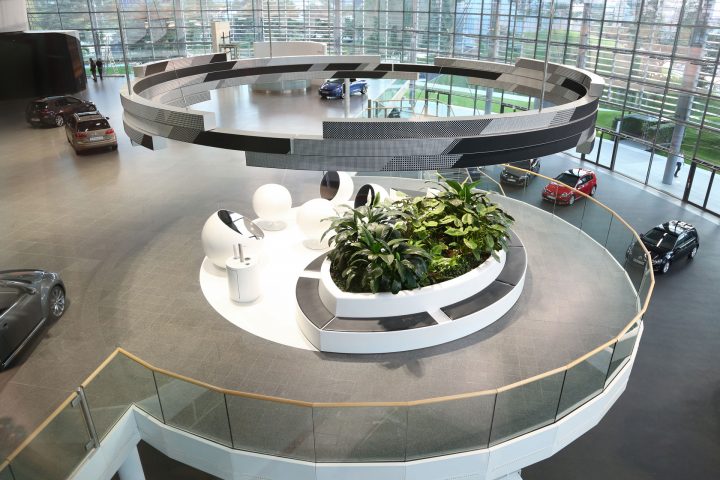 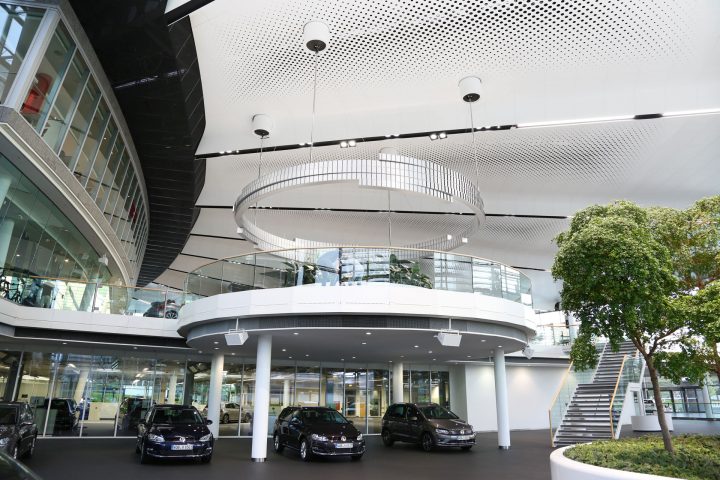 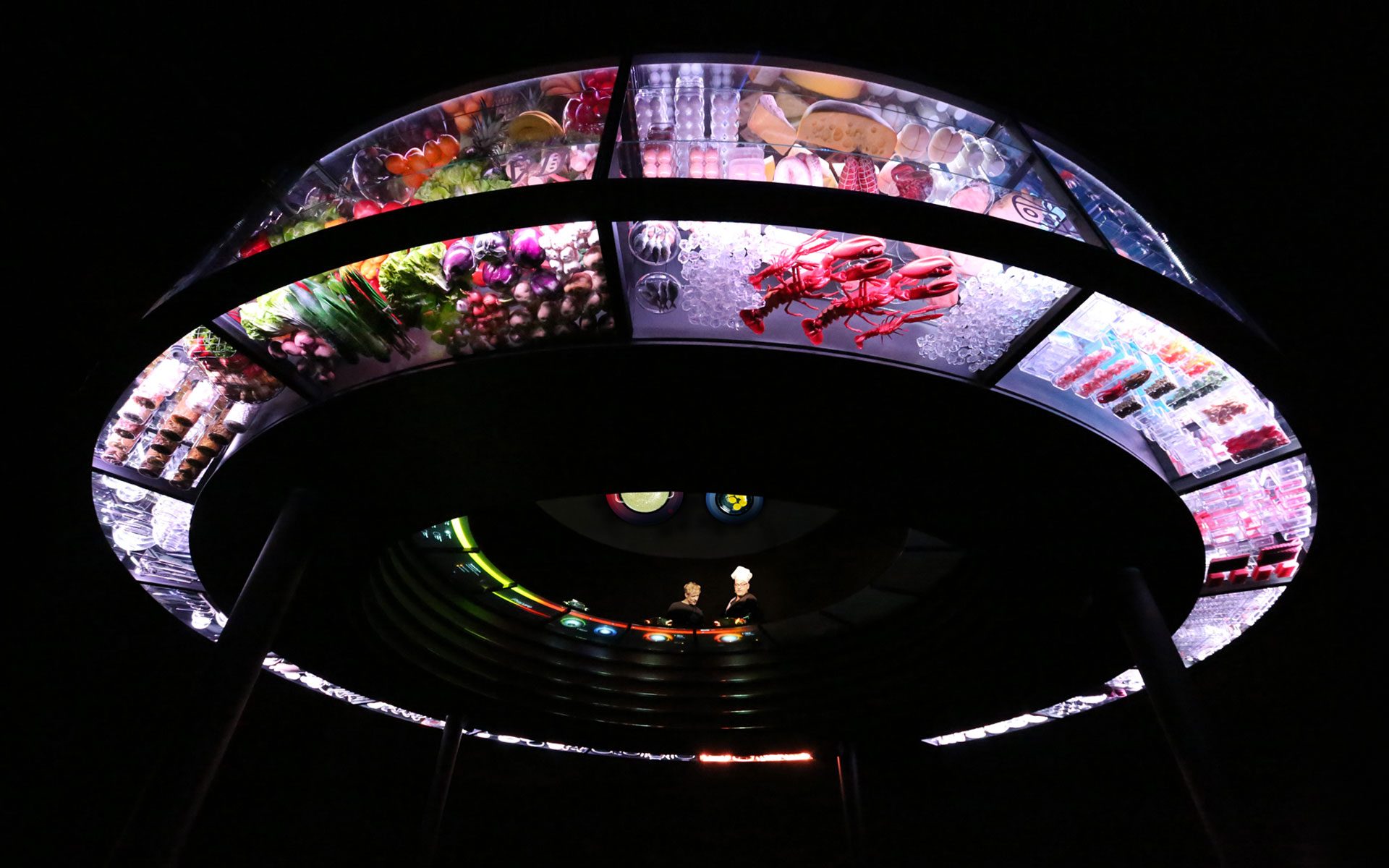 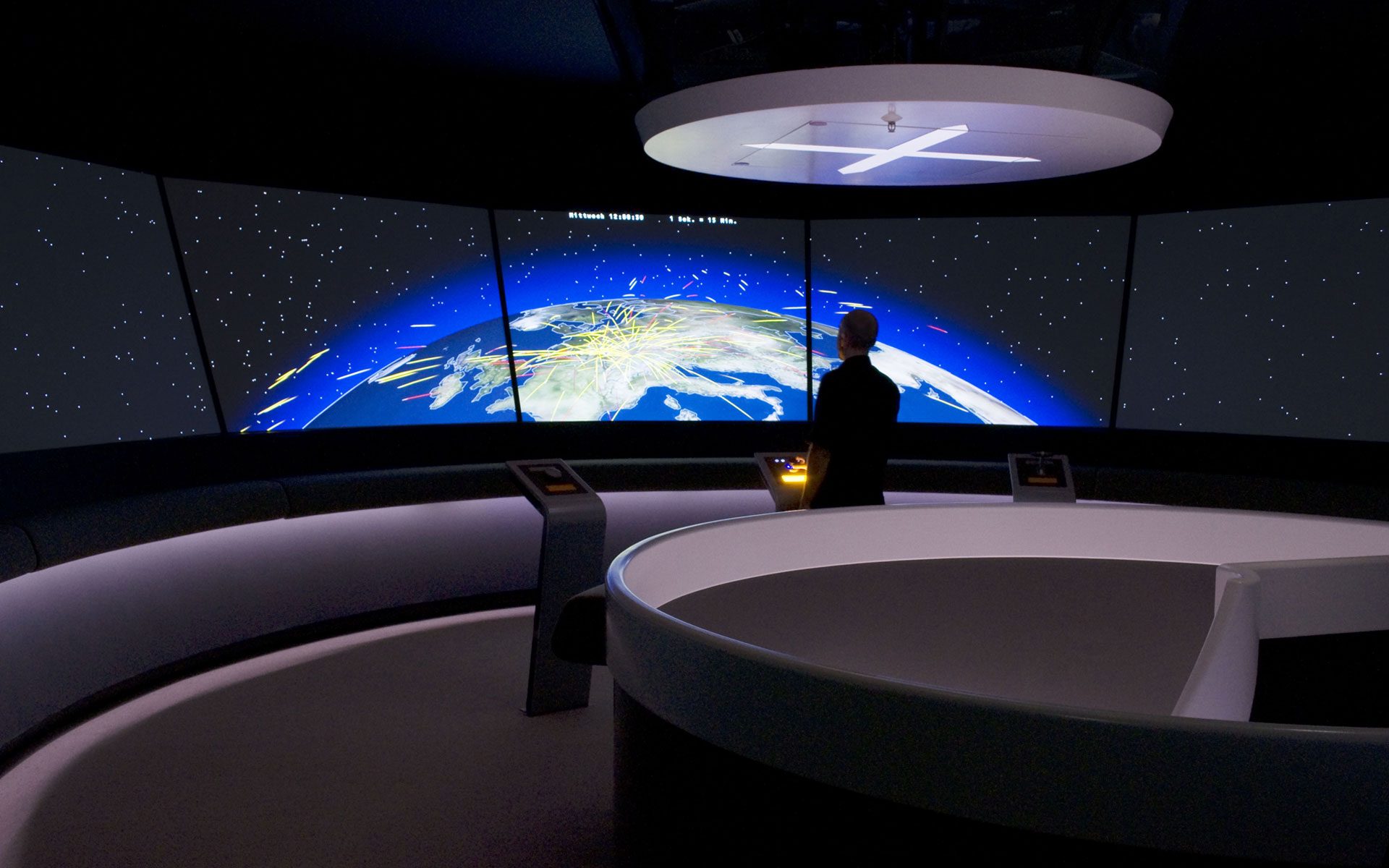 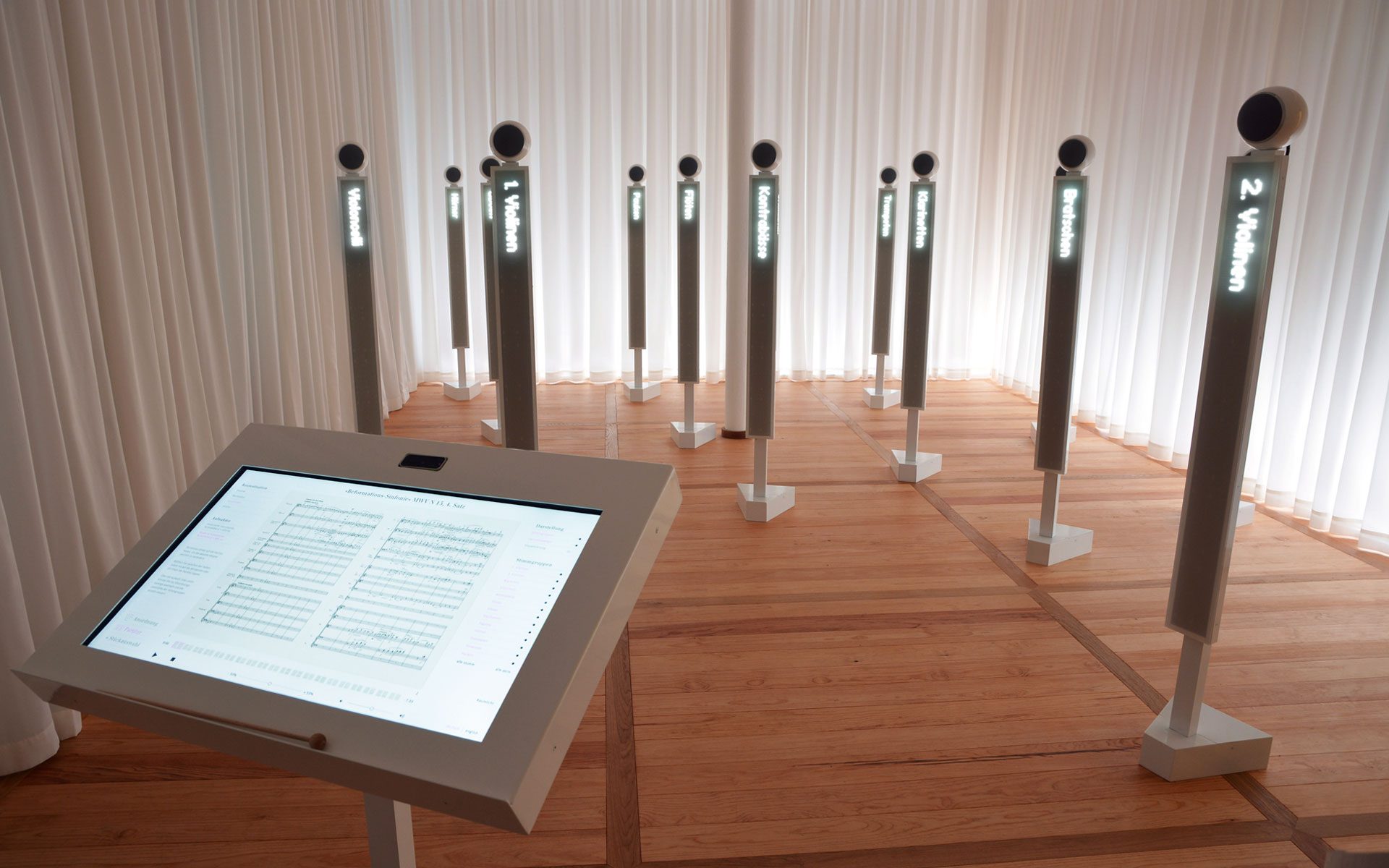 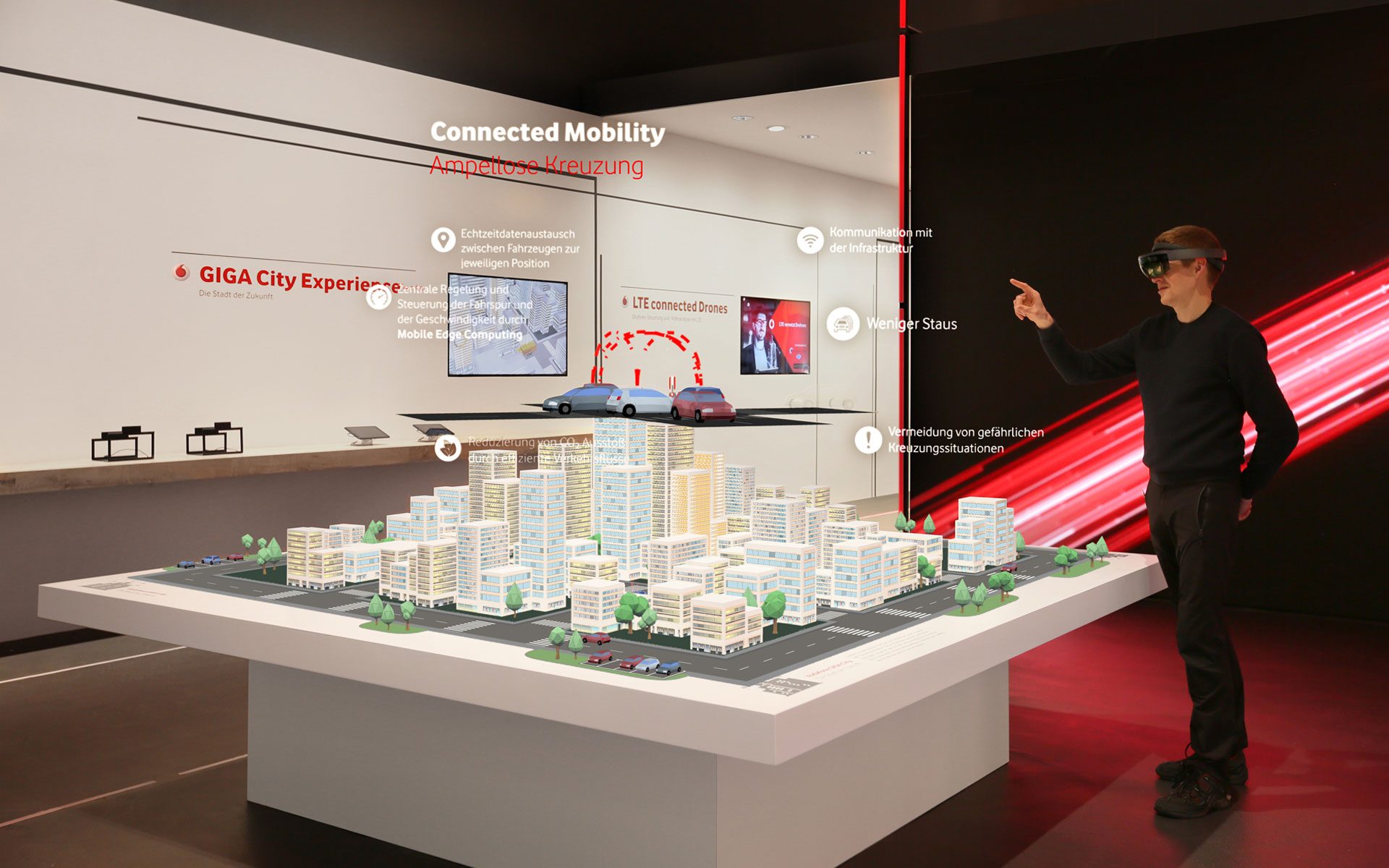